Sandro Meneghello and Marco Paolelli, both born in 1979, graduated at the Politecnico di Milano, Faculty of Design, in 2004, under the guidance of Roberto Palomba and Paolo Rizzatto. They separately gather different international experiencies: from Central Saint Martins College in London and Norwegian University of Science&Technology in Trondheim to Köln Kisd University and EDF R&B in Paris, before starting their studio in Milan. Since 2010 they have collaborated with Bertocci and in 2016 they have won the Design Award 2016 with the collection FLY. Since 2005 they have collaborated with several Italian and foreign companies, including Antonio Lupi, Fiam, Horm, Unopiù, Twils, Artceram, Porcellanosa, Glass 1989 Idromassaggio, Victoria + Albert , Ridea, Bertocci, Fima Carlo Frattini, Hidra, Grantour, Kreaty and more. During their collaboration, they have received several international recognitions, including five Red Dot Design Awards, five Design Plus, two Good Design Awards, one ADI Design Index, a special mention for the German Design Award and six mentions to the Young&Design. 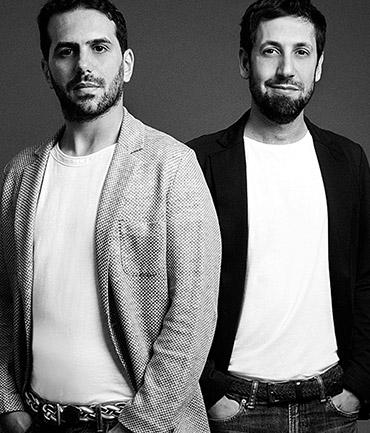